My grandmother has been so much more than a grandmother to me. While for some people, their grandmother is the little old lady who they visit on occasion for hugs and cookies, mine was my parent. Having lost my father at 8 years old, in a tragic car accident, my grandmother came to fill that parental role and, as we lived together, she, along with my mother who was a widow at 31, became my disciplinarian, my mentor, my shoulder to cry on, my advisor, my spiritual teacher and my friend. I had two mothers growing up, and each are instrumental in shaping the person I am today. On one Saturday morning, I made my grandmother, Shirleen Hazel née Williams), a cup of coffee, and sat down her to talk ask her questions about her childhood.

I must start by saying my grandmother is a remarkable woman; a real fighter in every sense of the word. She was born on the 21st of January 1925 in Barberton. Deep into her 90s, she is as feisty as ever. We argue about politics, religion…and her concerns over my apparently bad cooking.

Born a Williams, my grandmother was the youngest of four children. She never had the opportunity to know her own father. He passed away when she was just 9 months old, from Black Water Fever, forcing my great-grandmother to become a working woman, something almost unheard of at the time.

The Williams’ family were prominent in their own right, with some of the family founding businesses. They also happened to be related to another pioneering family; the Andrews.

The Williams’ family were by no means rich people. To survive, following the sudden death of her husband, my great-grandmother Maud (a name she really hated) learned to play the piano as a means to make a living. She would quickly become an accomplished music teacher in Barberton and she instilled in my grandmother a love of classical music, something that has been passed onto me. Along with being a music teacher, my great grandmother would also take in borders, children from surrounding farms, who needed a place to stay during the week so that they could attend school in the town.

As for my grandmother, being raised by a single mother meant that she was often left to her own devices. She often tells me that she was raised by her brothers Athol and Derek, who would go on to be an accomplished photographer and film maker.

By her description, her childhood was idyllic. It was spent hiking the hills and mountains around Barberton with her friends and swimming in the rivers. One particular memory that she would share over and again throughout her older years was that of a teacher named Dave Garson who would take the school children on epic adventures into the surrounding wild, where they would explore the nature and spend lazy days swimming. My grandmother loved to swim, and Dave Garson timed her when she swam her first mile, something she is incredibly proud of having been able to do. She was also a great tennis player.

Like all children, she had her mischievous moments and the one that stands out the most was when she rode on the back of the milk truck. In those times, fresh milk would be delivered in beautiful glass bottles to homes around Barberton. You could choose how many times a day you could have yours delivered. One day, in the blistering Lowveld heat, my grandmother and her friend were walking when the milk truck came along and offered them a ride on the back. Her mother had previously warned her against doing this, as it was hazardous and my great grandmother was incredibly protective of her youngest child and only daughter. As fate would have it, just as the milk truck came into town, my great grandmother spotted her daughter on the truck and gave such a hiding that my grandmother never forgot it.

But that didn’t stop her climbing on the truck again, a few days later.

This sort of rebellious, stubborn streak is absolutely characteristic of my grandmother. She has always lived her life on her own terms and she has never shied away from working hard and making sure that her home and her children were well taken care of.

After finishing school, her first job was working at the Barberton Hospital. She would ride her bike for kilometres every day to get to and from her job as a typist. And when the opportunity arose to work at Barkley’s Bank, she grabbed it. She did all of this before the age of 18. She was motivated and not afraid to work, even when generally women of that time didn’t have jobs.

Life changed dramatically for everyone living in Barberton when South Africa joined the Commonwealth Nations in their declaration of war against Hitler’s Germany.

During the Second World War, soldiers from a variety of regiments were encamped just outside of the town. My grandmother vividly remembers the day the soldiers first arrived. Along with her mother and a friend, she waved excitedly at the brave young men as they marched through the town. Soldiers arrived in Barberton for training and for many of them, it was their last sighting of home before being sent North to fight.

The war did not spare the men in our family either. My grandmothers brothers and cousins signed up for service and were sent to Egypt to fight off the German invasion of North Africa. One brother, Derek made news reels of the war, to be sent home and to other places, where they would be viewed in the cinema, before the start of the evening’s film. And the war took the lives of at least 3 of my grandmother’s cousins, who perished in a dog fight above the Mediterranean Sea. The ocean became their final resting place, as the bodies were never recovered. Her aunt, having lost her boys, just about never got over her incredible loss.

My grandmother was a patriot, and did her part as well.

She joined the army at 18 and served as a Private at the First Brigade Headquarters. She mostly did case paperwork and typing. At the same time that she served in Barberton, her closest brother, who played a big role in her upbringing, went to fight in Egypt, where he would join the Desert Rats. It was a difficult time for the family, and my great-grandmother was distraught over her son going to war. Of her time in the army, my grandmother speaks fondly about how well she was treated and how delicious the army food was! She remembers the camaraderie and the fighting attitude that most had.

At this difficult time, when men were dying, my gran tried to play a role in making life easier for the soldiers.

On Saturday mornings she would help make breakfast for the regiments, while Saturday evenings were spent dancing with the soldiers. My gran loved to dance. She took classes throughout her youth and the steps she learned would come in handy on those Saturday nights.

She recalls an emotional conversation with a young soldier at a dance one evening. While taking a breath of air, he confided in her his fears of war. He was sure he would die. But she assured him he would be fine, simply knowing that he would be okay. She would later find out that he did indeed return home. Others were not so lucky. Often, the soldiers were shipped off from Barberton the week or month following their arrival, and many would perish up North.

At 19, the wide world called my gran and she would leave Barberton forever, travelling, living and making memories all over the country. She left behind her aunts, Susie and Lottie, who would go on to start Barberton’s first florist shop. And after a short time apart from her mother, they would eventually find their way back to one another, and my grandmother would care for her until her dying day.

My grandmother returned to the Lowveld in the 1960s and has lived in Nelspruit ever since. She was a social butterfly and I remember her making a point of always making sure the ladies living in her neighbourhood were visited and frequently contacted, especially those who were elderly. I remember doing the rounds of the neighbourhood with my grandmother, before I started school. We’d walk from one house to the next, spending the whole morning talking to the ladies who were available. I would sit quietly, listening to these adults talking. As such, by the time I did go to school, a teacher once remarked to my mother that when I talk, she hears my grandmother.

After I left school, I decided to study long distance, so that I could be at home with her during the day, and as she reached her 90s and become a shadow of herself, I quit my job and started working from home so that I could continue to be there for her, taking care of her as she once took care of me.

When we ended our chat about her life and I asked her the ultimate cliché question, “Looking back on life, what would your advice be to younger people?” She thought for a long moment, looked at me and said she couldn’t give young people advice. Our worlds are just too different.

But as I got up to leave her to her book, she called to me, she had thought of something to tell you, the reader:
“Life is too fast now”, she said. “Why are you rushing?”

At the graceful age of 96, my grandmother passed away.

After having suddenly taken ill early one morning, my mother and I nursed her for 3 weeks before she passed, refusing to put her into care, ensuring that she died at home peacefully in her bed, the way she had always wanted to go.

Until Not One is Caged

Into the Misty Mountains of Kaapsehoop 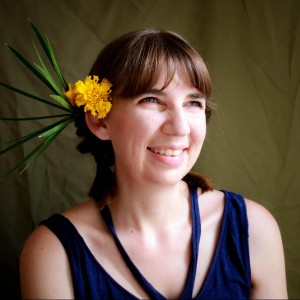 Hi there, my name is Leigh-Anne and I am the face behind this blog. I'm the main writer and the occasional photographer too.

I started Lowveld Collective in 2016, as a way to put the spotlight on the people, businesses and places that give us our unique culture and laidback vibe. I hope you enjoy the stories I have to tell.

Until Not One is Caged

Into the Misty Mountains of Kaapsehoop